Nancy, the wife, likes to make jam. I go along with this because of step one…collecting the fruit. This means going to our favorite, secret place.

We arrive with buckets and find bushes of beach plums on a sandy beach swale. Beach plum shrubs here have some of the largest fruit I’ve ever seen.

The shrub blooms in May at the same time that spring warblers arrive. The shrubs look like they are covered in white, dense foam. The warblers are feasting on ants that crawl up the trunk and branches to feed on the nectar. The small numerous flowers follow one of the laws of nature – over production. Many flowers are never pollinated. Sometimes a heavy rainfall just at blooming time results in less beach plums in the fall. The warblers in turn, feed on the ants. Having migrated thousands of miles from their winter quarters, they are famished. Presto, they find beach plum shrubs as their rest stop and feeding trough. 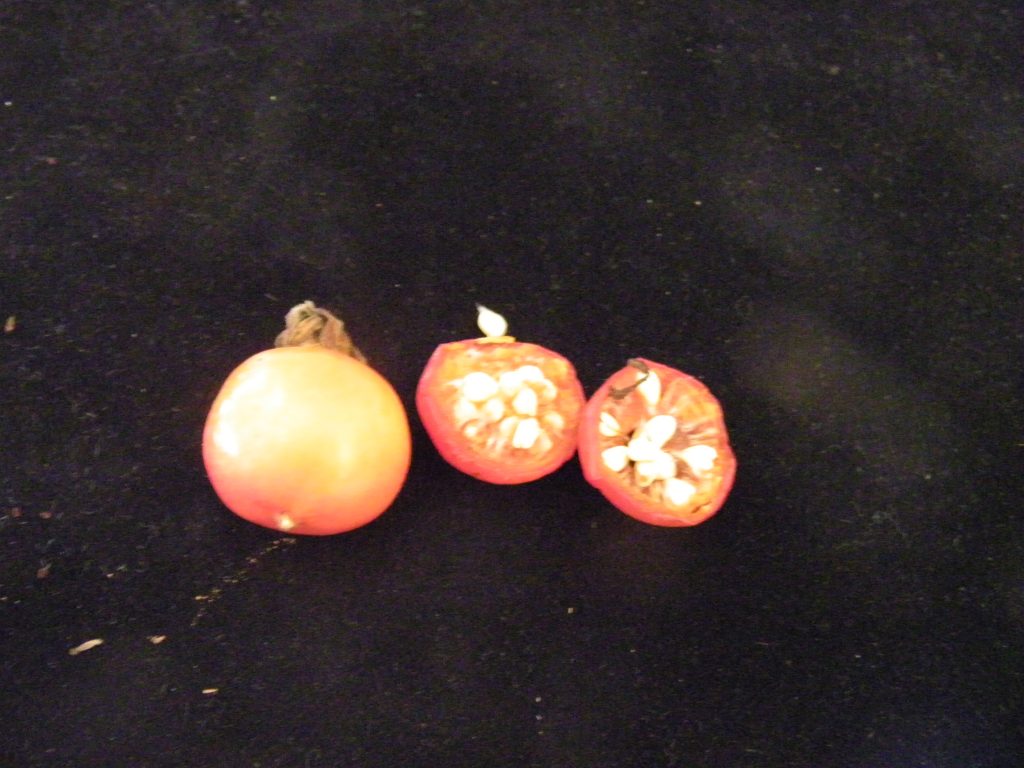 We arrive just after Labor Day when there is no longer a guard at the gate entrance. Poison Ivy is on guard and we have to step around these vines. Beach plum bushes are scraggly. The bush is squat, often less than five feet tall. The bark is black and scaly bark, the limbs and branches twisted. The fruit is often in bunches so sometimes, I can harvest four or five fruits at a time. The dark blue dime-sized fruit, when ripe, has a pale frosted coating of fungus. The fruit is high is sugar and when ripe, fungus spores land and spread. When I pick a frosted fruit, the touch of my finger swipes clean some of the fungus.

Picking beach plums is one of the most rewarding activities I know of. We are outdoors in sunshine. September temperatures are tolerable. We have a goal…beach plum jam.

Nancy and I find loaded shrubs. We are only a few of the people who know about this. In the decade I’ve come there, not another person. We have our Kingdom of the Plumbs all to ourselves. Two hours of steady picking turns into about 5 pounds of fruit. Beach Plums have large stone pits which make up about half the volume.  As we pick, we are able to observe insects, especially wasps that land on the fruit to harvest their share. Plumbs that fall on the sand are fox food. The pit becomes mouse food. Everybody has a piece of the pie. While we pick, the pleasant sound of waves washing ashore from the Long Island Sound just beyond the dune.

Back home, it’s time to process the harvest. We wash the fruit and remove stems, and leaves. We boil until the fruit is soft and then begin the process of removing the pits. I’ve tried two methods. Using cheese cloth, I fill a double fist-sized bag, twist the top and squeeze as hard as I can. The juice that trickles out is dark purple. The muslin holds back the pits and skins. I repeat this until all the fruit has been squeezed out and scraped into the pot. It’s messy and delightful at the same time. The taste of beach plum jam in on my palate before the back is ready to jar. Next is pectin and a little water and then a second boiling. While this is happening, we sterilize our ½ pint jars. The hot jam is thick enough so that when preserved turns to solid jam. We always make enough for gifts. 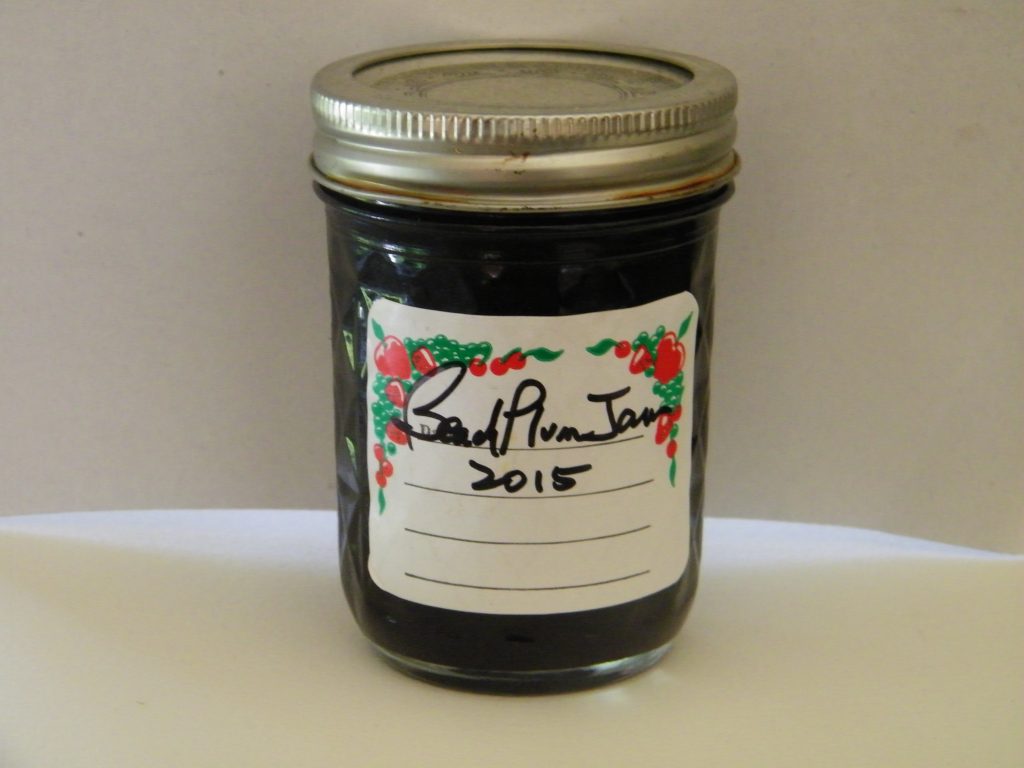 Come February, and the cruel months that follows, with lightly toasted crusty, artisinal bread, we slather with our home made jam and recall those early September days when we visit our secret Kingdom of the Plums.

Rose Hip Jam takes us to Rose rugosa shrubs wherever we can find them. We are looking for a red, squat fruit called the hip. The shrub produces lovely rose flowers either red or white. The five – petal flowers are five inches across and produce a wonderful aroma. By September, the fruit is fat and orange-red. It takes a little force to pull them off the thorny branches. To accumulate two pounds of fruit takes at least two hours.

A rose hip is mostly seed. Under the fat, thin skin, there are at least 50 large, white seeds. Removing the seeds is serious work. I cut the fruit lengthwise and scour the seeds with long index fingernails. This is slimy, tedious work but worth it for the high level of vitamin C therein. The hulls are boiled with as little water as possible, pectin added, a second boil, cool down, fill sterilized jars, and cap to seal them. Toast will thank those who spread a generous spoon of rose hip man and so too our taste buds.