Twice a year, on the third Thursday in May and October, men gather for lunch. They have met for the past 184 years, On my 78th birthday, I decided to attend their biannual clam and eel chowder lunch.It took place deep in the Pine Barrens of Southampton north of route 51. A long dirt road leads to a clearing. There is no running water nor are there bathrooms and therefore, no women. The association has a truck which holds boards for tables and seats. A small group of men set up the cooking area. A railroad rail holds five cast iron cauldrons. The lead chef directs the cooking. Two kettles are used for the clam chowder and three for the eel chowder. A garbage can propped over a fire was used for coffee. 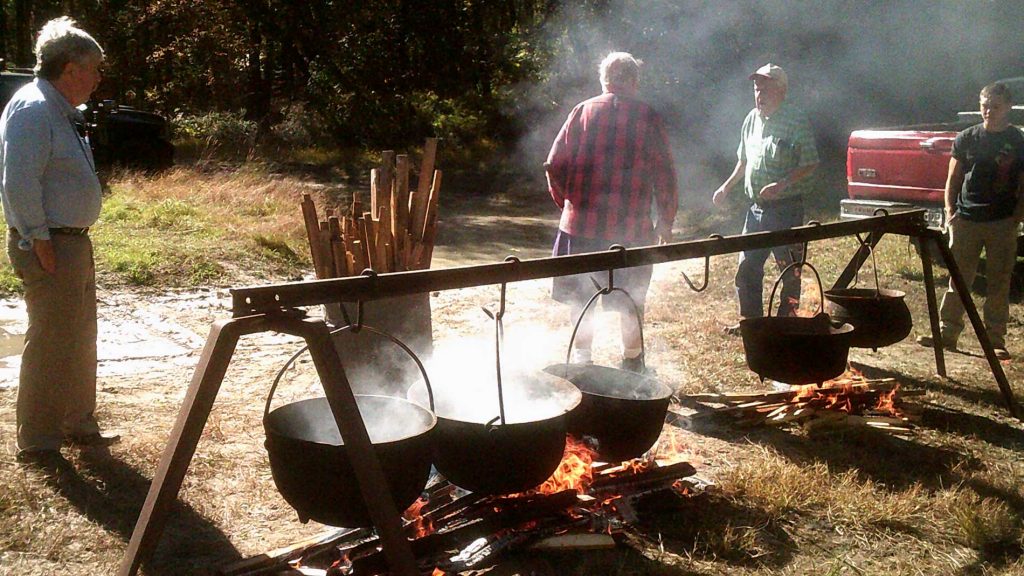 Lunch starts at noon. Men from all walks of life and all ages assemble to talk, listen, and have a bowl of clam or eel chowder. They bring their own equipment . Some have pots, others cups, I had a plastic bowl and spoon. They gather at tables, in circles, or at the oyster bar. A large rectangular plastic box holds oysters and ice cubes. The men circle here, use oyster knives to pry open the shells, and slurp them down.

This association evolved over a century and three quarters. It started during hunting season. A surplus kill of deer led to a cookout in the fall. Fish and clams in abundance led to a spring luncheon. This tradition has been going on ever since. 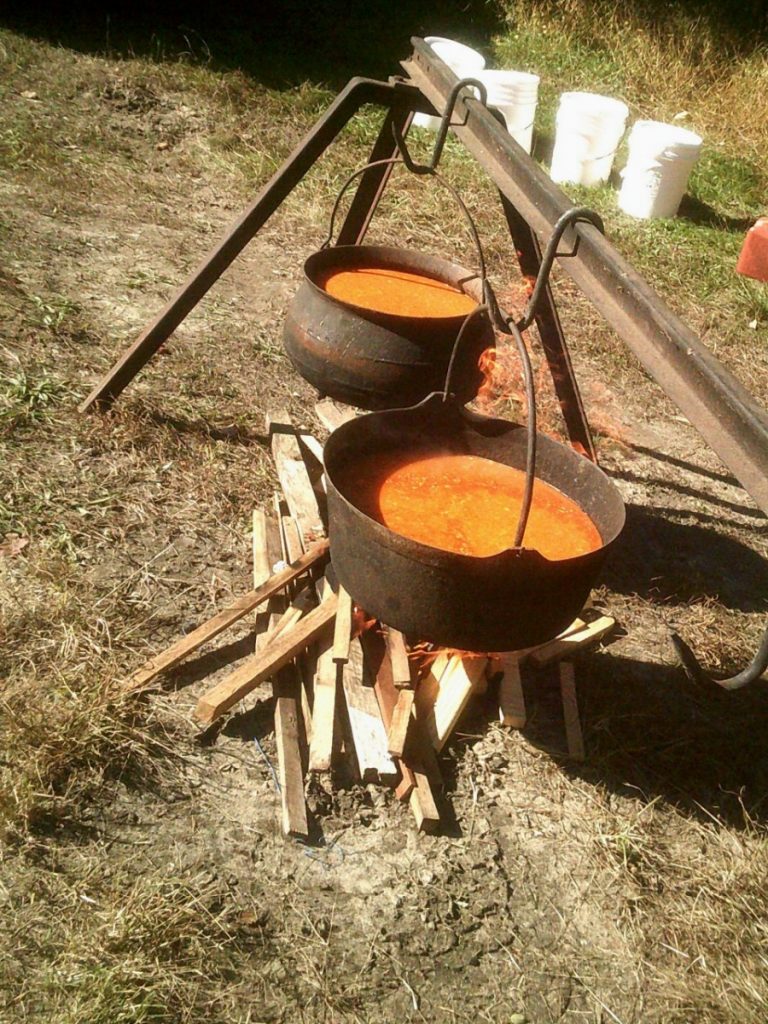 The eels were caught in traps in Southold. Their skin was pulled off and they were cut into three inch pieces. A large ice chest held the eels, carrots, potatoes and onion. The chef, Mike, scooped water from a garbage can to add to the pot. He started by frying salt pork chunks which sizzled in the bottom of the huge caldron heated by a robust fire.

The tradition has been continuously carried on by a small group of dedicated men who see the value beyond just the lunch itself. Such an occasion is the perfect scenario for male bonding. The Pine Barrens is neutral territory. The location is isolated. The third week of October is almost guaranteed to have perfect fall weather. Don Michne from East Moriches stands at the entrance collecting $15 and taking names. Word of mouth is all the association needs to host 100 men. Some men have attended for 25 years. 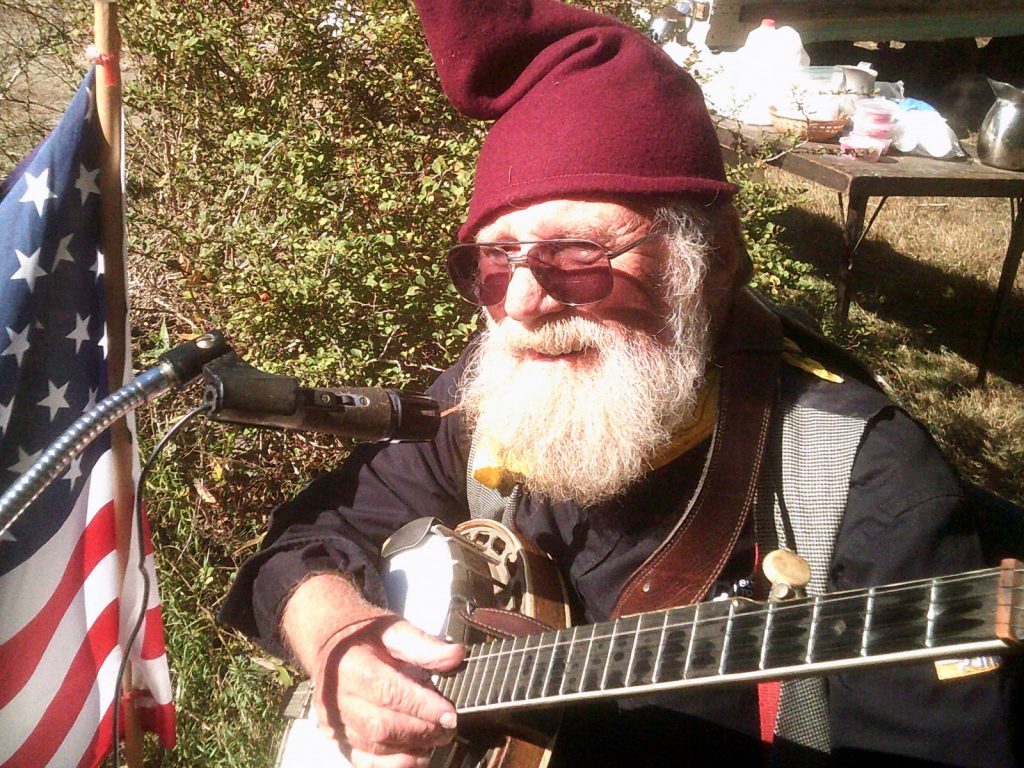 During the lead up preparations, Warren plays the banjo. He is a good hearted minstrel who knows how to find an audience. Once Chef Mike gives the signal, a line quickly forms of men holding their puts and cups and bowls. Chowder is ladled and the conversations continue.

There is fellowship, good humor, and a short talk by Mike former owner of Peconic Paddler in Riverhead. His talk was about his kayak trip around Manhattan at night!.

Men helped carry the boards and load the truck. By 2PM, the clearing is empty for another six months when once again this ritual will play out.

A Basket of Finds