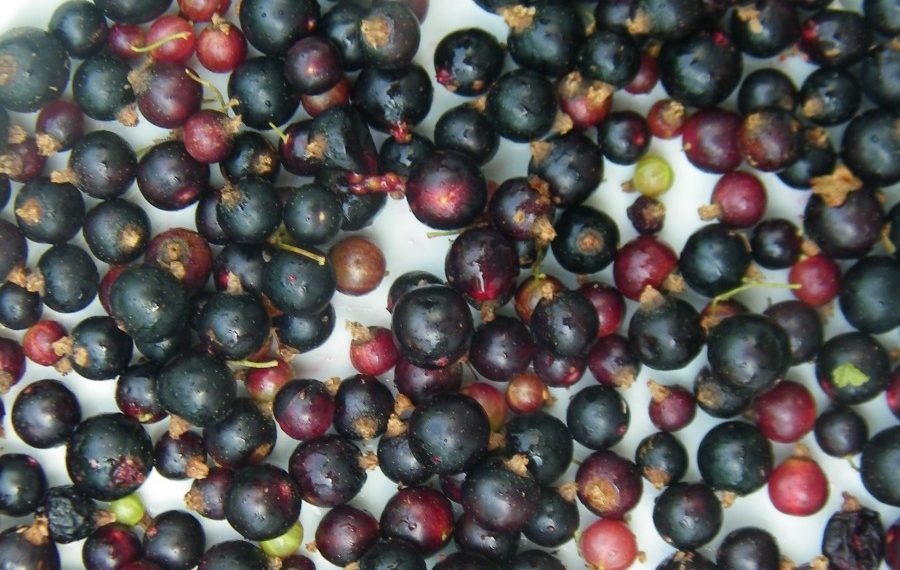 “We are picking antioxidants.” Nancy says as we walk toward a row of currant bushes. I noticed the stalks were loaded with blue-black fruit yesterday when I passed by during our regular work/pickup day. Don loaned us buckets. Nancy has wanted to make currant jam for two years. She’s made beach plum, crab apple, grape, and mint. This was her chance to try a new fruit. Nancy has donated jars of fruit in past years to Homecoming Farm’s harvest menu.

“You can’t grow blueberries on Long Island,” Don noted when he came by for a visit to see our progress. The soil isn’t right;  the shrubs didn’t thrive, so he ordered 25 organic currant shrubs from California. Don likes to experiment with new crops. This experiment was a resounding success.

With Nancy on one side and me on the other, we crouched and began. The first ¼ “ fruit sounded with a “plunk” in our empty buckets. The fruit is concentrated along the step and the shrubs are low. You kneel, bend, or sit to harvest. We found the berries in several stages of ripeness. We started by picking only the ripe ones. We picked and picked until the plunk sounds stopped as the bottom of our buckets were covered. Nancy wanted to fill both buckets. “This is going to take several hours,” I thought. 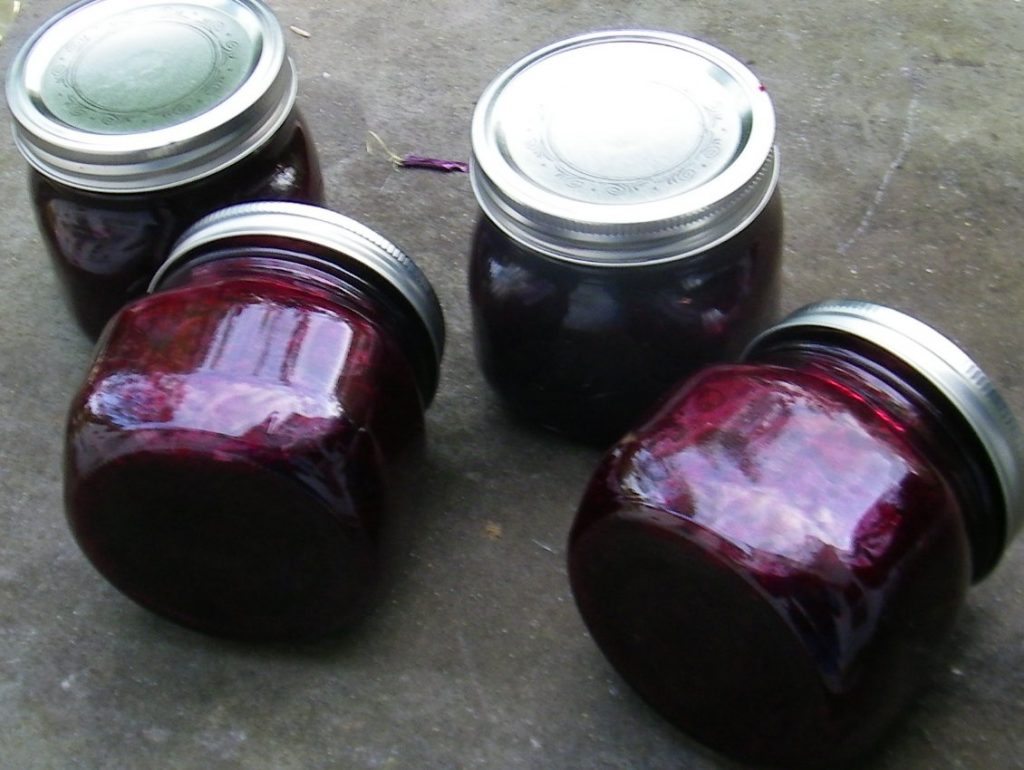 There were long, quiet moments, an open sky, clouds floating by, a strong westerly wind, and sunshine.  Ever since Don planted these shrubs two years ago, I’ve looked forward to this experience.  After an hour, I poured my berries into Nancy’s bucket. I suggested we try for a bucket and a half and she agreed. My back began to feel sore. I picked, shifted positions, stood up, back to picking to try to prevent serious back pain. Picking currents was challenging for me after an hour. I walked back to the washing stand.

We tasted the fruit. Currants have a bitter – sweet taste, perhaps better described as tart. Our taste test was a prelude to the jam Nancy would make. We planned to have it on toast, pancakes, ice cream, and on cereal. I noticed a similarity of currant leaves to grape leaves.

After picking for a while, we changed our picking strategy. Instead of one fruit at a time, we stripped the stalk holding the bucket below. After 90 minutes, we had a full bucket. I decided to bail out, Nancy kept picking. I heard that familiar “plunk” sound as she started dropping berries into an empty bucket.

We ended our harvest with a bucket and a half of currant fruit and said our goodby to Don. Back home, we removed stalks, leaves, and some of the unripe fruit. Nancy took over in the kitchen and we ended up with nine 16-ounce jars. She used a recipe that required no pectin, a recipe called Bar le Duc Currant Jam. I made pancakes the day after…no maple syrup required. We had our fill of antioxidants.

Demolition of a Historic House in the Village of Babylon