And god said:
I am all knowing
I know every hair on your head

END_OF_DOCUMENT_TOKEN_TO_BE_REPLACED 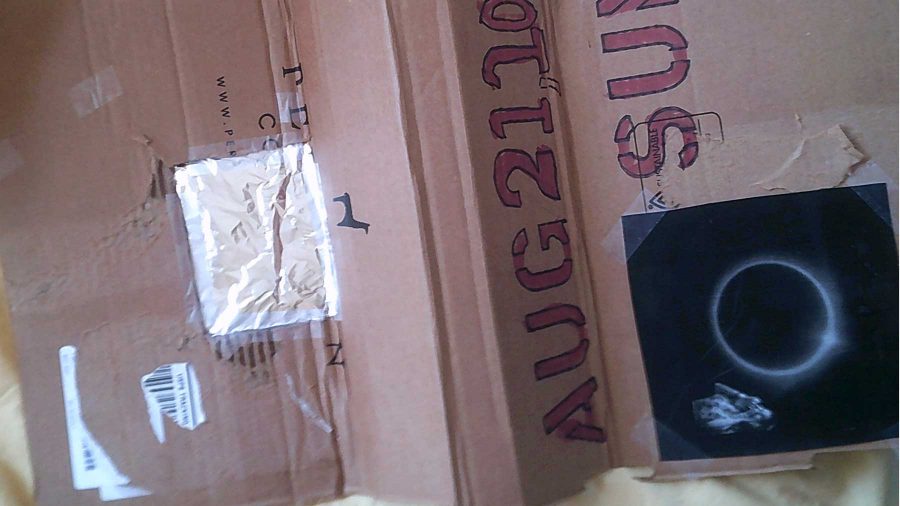 Within the path of totality
So brief, but spectacular
Not so much in our side yard
A pinhole viewer
I call it my “eclipse-o-meter”

I held the device
Pointed to the sun/moon eclipse
A tiny image, the size of a period
A smiley-face Sun
The moon bite
No telescope, no trip
No glasses
To totality lane

END_OF_DOCUMENT_TOKEN_TO_BE_REPLACED

It is a quiet, early Sunday morning, in my reading chair, with back to the Sun. with a cup of coffee, I have a fresh moment of solitude. As the sun rises, shadows form on the opposite wall created by the slats from a Venetian blind.  Sunlight is chopped into parallel bands of light and dark. I gaze at the shadows and notice that they are shifting slowly in the opposite direction to the suns position. As it moves up and to the right, the shadows move down and to the left.

Willow Street is busy 6 days a week. This morning, no rumbling…I am immersed in rare quiet what will soon be broken. Special moments like this we are privileged to encounter each day are precious and longed for. Even if it lasts for a half hour, it grounds me. I can hear the cardinal, wren, dove clearly with no background sounds.

I imagine the solar disk rising above Southards Boatyard across the street. It pops up above the sail loft, above the white plastic covers of boats in storage.  This is something to be thankful for. I try to actually see the shadows move but can’t. At times, I think I see them move but they don’t. If I look away for a few minutes, another glance at the same spot and the shadows has moved slightly. I am tangled in the arc of a rising Sun. How can I find another moment during the day when I am enveloped in the shadows that play with the Sun?

Two zinnia beds in the front yard attracted a monarch butterfly. I was watering when it landed on a big red flower. I turned off the hose and watched. It probed the circle of tiny yellow flowers in the center. I opened its wings, closed them then jumped off flutter- gliding to another flower – always the red ones. It landed on many red flowers always jumping into the air and browsing.

`        It flew off to the neighbor’s front yard, then back to the zinnias. It stayed in the area for a half hour. I could see its two bulbous antennae touching, always touching. Then it flew off again. I waited. This happened five or six times. It was trying to find more flowers but always returned to the two zinnias beds. It nervously probed with its proboscis several times for each flower. It looked to me as if this animal was `desperate for food. Sometimes it kept this long tubular tongue in one flower probably finding more nectar. All the time, it’s silent wing motions contrasted with a siren of a passing EMS truck, a landscaping crew, and a couple of teenagers shouting.

I ran into the house to fetch my camera. The monarch was gone. I recall seeing hundreds of monarch holding onto a shrub on Fire Island. During migration, they stop flying as darkness descends.  Those days are gone.  Where will my monarch go?

At the Edgewood Preserve, a New York State Department of Conversation in Deer Park, I came upon a huge stand of milkweed plants…hundreds of them. They are a small island refuel oasis for monarchs. I hope they find these plants.

I started orange milkweed plants from seed. I planted two dozen seedlings (also called butterfly weed) in a center island of wildflowers in hopes of attracting monarchs. However, there are hardly any monarchs any more.

I had the opportunity to observe one for a half hour. It is easily the most beautiful living thing in the neighborhood. The color and patterns on its wings, the way it flies, how it jumps off a flower, and its choice of flower. There was plenty for me to see right outside in the front yard. I grow zinnias every year mostly to have cut flowers of us and friends. But with the visit by a single monarch, I have the best bouquet ever, a single butterfly found an oasis.

“We have met the enemy and it is us.”

Planet Earth has only one enemy. These beings have broken the carrying capacity barrier. They have over run the place by their sheer numbers. Overpopulation is the term. Too many, too dam many of US.

It is each and every one of us. No one and everyone is to blame. We are at war and we don’t even know it. It is far worse than nuclear war, or any other kind of war. No other species is doing battle and winning. We are war mongers and we keep on, day by day, week by week, month by month, year by year, century by century, all the way back to when we became homo sapiens. We only think we are “sapiens” we have lost our minds.

END_OF_DOCUMENT_TOKEN_TO_BE_REPLACED

1500 years ago, our Native American brothers had a vastly superior technology than ours today. They communicated by smoke signals with no phone bills. They traded, bartered, made wampum, no savings bank, no ponzi schemes, and no retirement. Don’t call their technology primitive. They had no landfills, no pollution, didn’t bottom out their source of nutrition. They didn’t have to go to a lumber yard to buy materials to build a shelter. No traffic jams, no air pollution, no junk yards, no assisted living. Their hobby was survival. Herbs became medicine and on and on.

The earliest people learned the old fashioned way…no internet, yes trial and error, yes to passing on their skills and knowledge to the next generation. This doesn’t sound like savage living to me. They observed their environment without having to look at a screen. They learned the physical properties of plants and animals and learned how to use them.

They found stones that could be chipped into arrow points. They found bushes that had straight stems and used them to make arrows. They found hickory trees and found them flexible enough to bend to make the skeleton for a wigwam and bows. Deer skin became clothing. They found tobacco, burned it, and as it rose, gave thanks for nature. They were not materialistic. If they wiped out a species, they’d have to move. They learned how to fish, build canoes, and weave baskets from vines.

Fast forward to today I had a recent experience that might parallel their process. I happened to accidentally break off a branch of a bald cypress tree. This is a rare tree here in Babylon but found in abundance in the bayous of Louisiana. I wanted to inspect the needles. I noticed that the bark split where the break occurred. I tried peeling off the bark. It came off easily and in long pieces.  The bark didn’t break. With more experimentation, I scraped off the outer bark. What was left was a tough, flexible inner bark. I tied one in a knot. I’d accessed my Native brothers skills. I’d found a plant that could help me tie a wigwam structure. No lumber yard necessary. 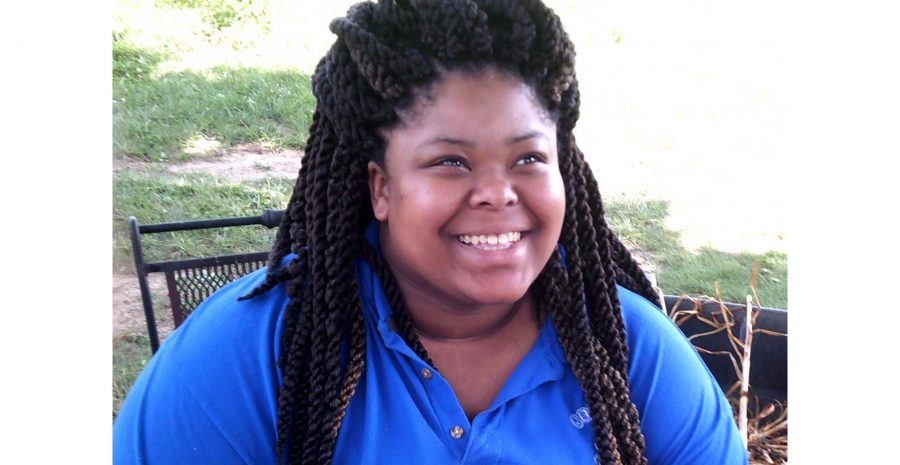 Notes From Our Garden and Homecoming Farm – Mid July 2017

END_OF_DOCUMENT_TOKEN_TO_BE_REPLACED

A flat fluid place under the forces of wind   a long fetch on flat liquid /  water moves as wind pushes / wash-boarded / each wavelet subdivided into wave miniatures / those into smaller wavelets / waves upon more waves / rebounds against a bulkhead/ ripples over ripples – textures and sub textures / upheaval everywhere / serious water /  a mysterious windless spot surrounded by ripples / moments later – replaced by corduroy / I hang out at this cove / crests, troughs, amplitudes, frequencies /  no computer can simulate the ever-changing surface of water / chameleon water / we can see wind on the incessant, restless, seething water

My uncle Hugh liked to play with words. For example humidity. Because humidity had such a huge impact on me, a 77 year old, I had to process the effects in this essay.

Yesterday, I was rendered useless! My whole day was a series of long naps. I lay with small pools of sweat deposited in my eye sockets.

Turning the pages of the newspaper was no problem; the sticky side of my left underarm did the trick. No matter how many times I washed my face, it felt cool for a few minutes, then reverted to sticky, icky, discomfort. I could not wash away the humidity.

END_OF_DOCUMENT_TOKEN_TO_BE_REPLACED 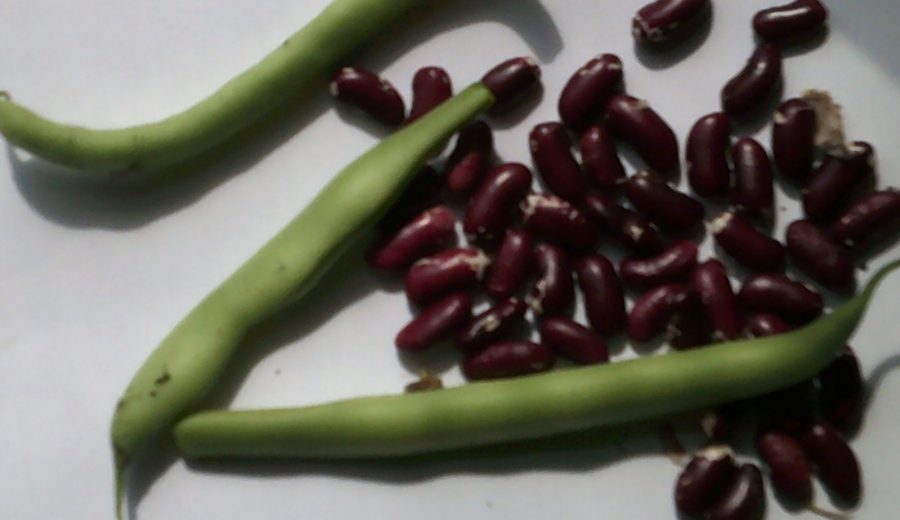 GERMINATION: Wet soil comes in contact with the cotyledons, tiny leaf and root. The two cotyledons begin to swell. They split open the seed coat; the tiny leaves and roots swell.