I guided Nancat down Sampawams Creek toward the Great South Bay. This creek is one of seven that form the Necks in the Town of Babylon. Suffolk County’s south shore has about 75.These creeks were formed about 5,000 years ago when a breach in the Ronkonkoma Moraine, The Terminal Moraine is a deposit from the glacier. This linear ridge along the island held back glacial melt water until it forced a breach in the Dix and Half Hollow Hills area. A huge volume of water rushed through a low spot and flowed south creating seven shallow valleys. Sampawams Creek is the easternmost creek of those seven.  In recent years it was designated as a boundary separating the Towns of Babylon and Islip.

“There are holes in the bottom of the creek. One is 35 feet deep just south of the three boathouses on the Islip side. Fishermen know about these holes because fish congregate there.” Roger Holzmacker commented. He sailed the creek as a youth and has witnessed many changes.    He is a neighbor who helped me restore and launch Nancat four years ago. I hauled her out for two years and with his encouragement, and have launched again for two months of sailing. “September and October are the best sailing months of the year.” I refer to him as Saint Roger because without his help and encouragement, I would not be sailing. He helped me restore the boat and his encouragement and generous spirit gave me the confidence to try. I have no outboard motor and this limits my distance. He is my nautical angel. My goal is to sail to Oak Island and sail around it and go clamming. The distance is about 2 miles across open water. Without an outboard motor, I’m tempting fate.

END_OF_DOCUMENT_TOKEN_TO_BE_REPLACED 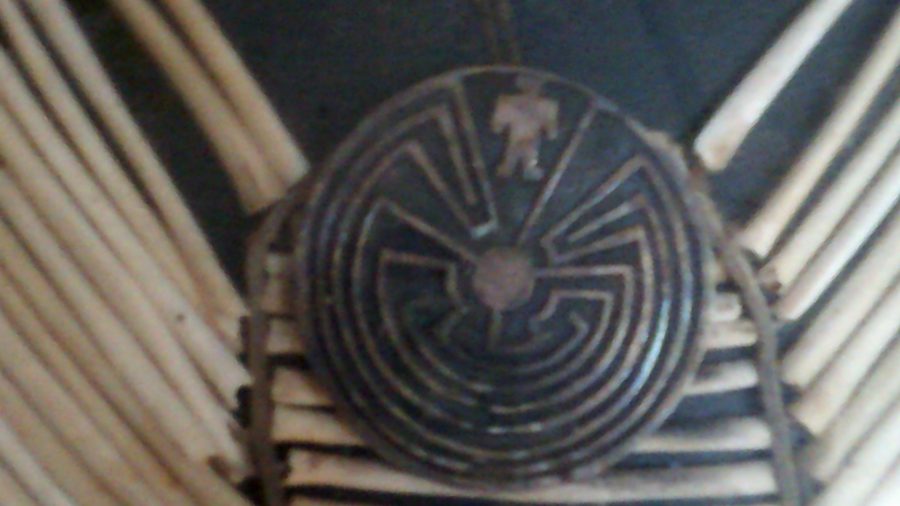 Even since I saw the movie “Dances with Wolves,” I wanted a breast plate vest. Indians in the movie, presented Kevin Koster with a breast plate as a symbol of trust and friendship. They knew he was on their side as military troops ambushed that killed them at the frontier moved westward.

I’ve seen many pictures of Indians wearing breast plates in books and movies. They are cultural icons of form and function. The bone pieces come from buffalo. The bones were rasped into tubes slightly tapered at each end. They were hollow and strung together to form a protection against arrows like today’s bullet proof vests.

It was a sign of bravery, protection and pride. I saw one in the Peabody Museum of Natural History in New Haven, Connecticut.

END_OF_DOCUMENT_TOKEN_TO_BE_REPLACED 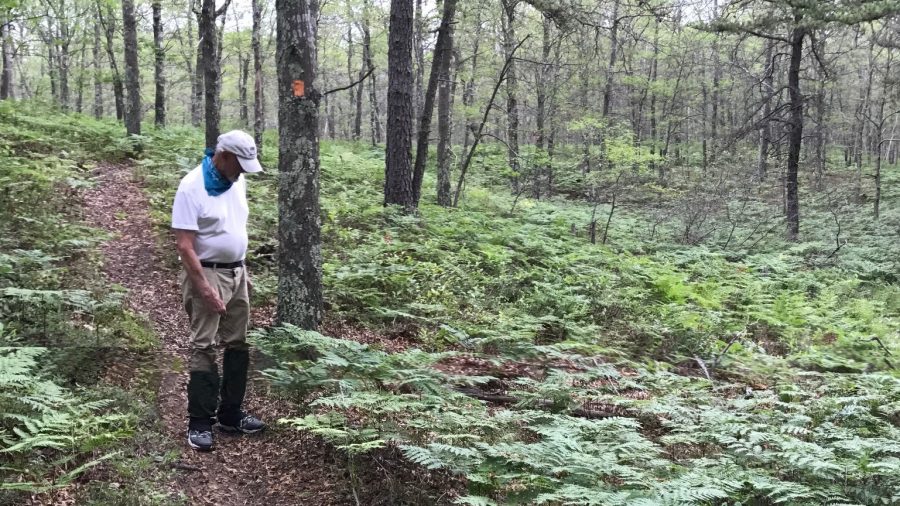 I walked around the edge of the parking at Manorville Hills County Parking lot to pick up litter while awaiting Mark’s arrival. I found a Deptford Pink plant near the kiosk. This flower is a tiny pinnacle on the very top of a tall grass-like stem. Unless you are curious with good powers of observation and always looking for a new discovery, you’d probably miss this plant. I didn’t. The tiny pink, five petal flower is a shock because it is so small. It blabs its minute spot of color. I always look closer. The petals are pointed. Although it is a non native, I readily accept it as a native. It comes from the British Isles named after the town of Deptford, north of London.

END_OF_DOCUMENT_TOKEN_TO_BE_REPLACED

Wiley Creek is hard to find. It lies in a trough about 20 feet deep, is surrounded by thick vegetation, with private homes backing up to it. I wanted to walk the creek to compare it to “my creek” in Babylon and to have fun exploring and discovering.

Japanese knotweed blocked my view while walking along Wiley Creek.  Russel Joy Park is a Fredonia Village recreation area. This park boarders the creek. There are basketball and tennis courts, a ball field, a picnic gazebo, and restrooms. My recreation was of a different sort. I wanted to find a place to descend into the creek and walk its bed as far as possible.

I found a place, barged through Japanese Knotweed and finally reached the creek. Creeks and me go way back. As a boy, I played along Cayuga Creek in Depew, upstate New York. I explored the Nissequogue River in Smithtown, in Suffolk County Long Island and wrote a book about it. Recently, I researched Sampawams Creek, created a Power Point program, and have extensive notes. I am fascinated by creeks.

END_OF_DOCUMENT_TOKEN_TO_BE_REPLACED

Cross-legged inside a “lodge”, in this case it is a twelve foot circular dome five feet high. Tree saplings lashed together make a strong framework. This framework has many colorful cloth strips tied to it. Keith says “to honor someone no longer with us.” I tie a purple strip over the door to remember my brother Martin.

Keith’s youngest son, Liam, is on center stage for the “lodge” ritual, short for sweat lodge.  Liam is 18 years old. The lodge is to mark the entrance into “manhood.”  Ted and Keith invited 11 males to help celebrate the passage. The age span is 10 for Sebastion to me – 77. Ted has offered his location, planned, and acquired the necessary materials. We are in Northampton in the Pine Barrens Woods just north of Wildwood Lake. We are isolated. Most of the neighbors have summer cottages and are still away.

END_OF_DOCUMENT_TOKEN_TO_BE_REPLACED 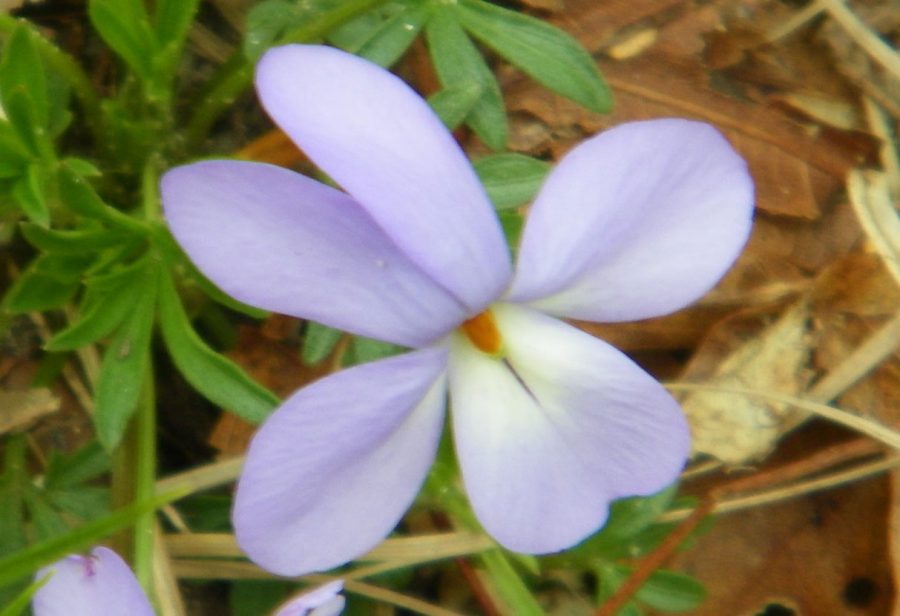 The map I picked up at the Long Pond Greenbelt booth at the Long Island Natural History Conference was enough to convince me that I’ve got to go. Dai Dayton, president of the Friends of the Long Pond Greenbelt has created a fantastic map. Dai generously put me up at her house in 2004 when I traversed the entire Paumanok Path over the Thanksgiving week. I remember the 3 bacon, tomato, and lettuce sandwiches she packed for me that day when I hiked with companion Bob  all the way to Amagansett – 35 miles!

END_OF_DOCUMENT_TOKEN_TO_BE_REPLACED

Where is Henry? Who is he? Why is a topographic feature in the middle of the Quogue 1959 USGS Quadrangle labeled Henry’s Hollow?  Friend John Burnley and I decided to find out. Both of us visited the area 20years ago.  This was an opportunity to visit a new open space area. That map showed Henry Hollow south of Sunrise Highway, North of Montauk Highway, east of Spinny Road, and west of Bellows Road. March 8th started out cloudy and ended sunny. It was a warm day, perfect for a hike.

We met at the Sunrise Highway overpass on Bellows Road. The trail head was across the street. The Pine Barrens in this area is hilly and part of the much larger Ronkonkoma Moraine; these hills are less steep compared to Manorville Hills. The trail led parallel to Sunrise Highway. ATV’s have built annoying sine waves. Hikers find that they are constantly going up and down. When the tires spin, sand rooster tails behind, piles up and with repetitive passes, little hills and troughs develop. I felt a rhythm of balance and unbalance which slowed me down.

END_OF_DOCUMENT_TOKEN_TO_BE_REPLACED

Jeff Gottlieb has been a major force in adding to my interest in how Native Americans used nature for their survival. Early on, he taught himself the physical properties of plants, rocks, and animals. For example, one time he said, “Look how this hickory sapling bends without breaking. It’s perfect for wigwam framing. To make a cattail mat, cut them as close to the bottom as possible, separate them, and lay them on the ground to dry in sunshine.”

Our friendship grew as I accompanied him on foraging and construction trips. Through all this, I deepened my respect for the intelligence of our First People or Native American Indians. Jeff taught me how to survive by learning how to use nature.

One of his early experiences was two weeks in New Jersey where he underwent rigorous challenges with expert Tom Brown in the Pine Barrens. He was challenged to spend several days alone with just a knife.

Jeff wrapped a wet rattan strip in order to fasten two saplings. He criss-crossed the wrap, pulled the two ends tight then tied. He was building a wigwam frame. He builds wigwams with his hands, natural materials, and knows how. He gets commissions to construct both domes structures and long houses. Jeff practices primitive technology. He needs a pair of strong hands as well as a good jack knife.

END_OF_DOCUMENT_TOKEN_TO_BE_REPLACED

Mark and I set out to circle Jessup Neck in Sag Harbor. We parked at Morton Wildlife Refuge. This refuge is famous for the “bird in hand” experience. Mark brought a bag of bird seed. We paused on the trail while Mark held out his hand with a palm of bird seed. Moments later, we heard chickadee calls from nearby shrubs. Instantly, one landed, grabbed a sunflower seed and was off. We saw a sign that requested “Dropping seed invites unwanted animals (rats). Please put unused seed in a bird feeder near the entrance.” This illustrates how humans are part of the food chains and webs of nature.

A chain from forest, to chickadee, to sunflower seed, to us, to rats, is but one of hundreds of interconnected links of which we are a small part… On our return, while Mark took photos, I sat on a bench and tried attracting some birds. Chickadee and titmouse responded. I did not look but felt their tiny talons grasp the edge of my palm. I heard their wing flaps up close.  We travel to see wildlife, and they come to us, ambassadors for birds and all animals.

END_OF_DOCUMENT_TOKEN_TO_BE_REPLACED 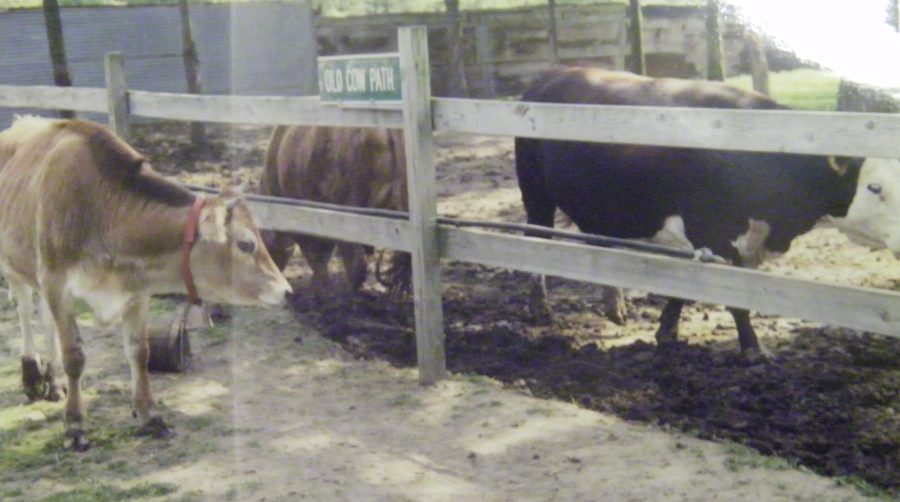 Richard and Gay Devoe run a Sanctuary for abandoned and abused farm animals. They call it the Double D Bar Ranch. It is located on Wading River Manor Road in Manorville, just north of exit 57 of Sunrise Highway, Suffolk County, and Long Island. I met Richard in the winter of 2001. At that time, he and his wife were taking care of 700 animals. He accepted animals that needed care, feeding, and a home. He and his animal oasis deserve not only a visit, but a contribution. They are always in debt because the e animals come first. Although Richard seems to know more than most vegetarians, he’ll pay any amount to have surgery or any other procedure on any animal that needs it. I have nothing but the highest respect for Richard and Gay who dedicate their lives to save and love the animals they take in.

The farm started with an abandoned roadside cat. Richard pulled over and Gay scooped up the cat. Richard grew up in Babylon Village and took care of horses at a nearby stable, then learned how to ride. Soon after, they bought 4 acres in Manorville and began a nonprofit organization to accept animals. I volunteered and was with the ranch for three years off and on. At the beginning, Richard needed a friend. Gay went to work each day; Richard alone fed and watered the animals. Our friendship morphed into helping a man I fully admired. I wanted a fraction of the satisfaction he gets for rescuing pain, fear, and hunger from unwanted animals.